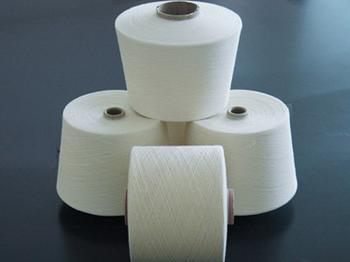 According to some traders and small and medium-sized textile companies in Shandong, Jiangsu, Hebei, etc., after the Spring Festival, the producing areas and specifications of cotton yarns are now increasing by a certain margin. In particular, the increase in the production of high-grade cotton and high-grade yarns in India, Pakistan, and other places is generally 500%. -600 yuan / ton, below the C30S, low cotton yarn rose 200-300 yuan / ton.

The rise of domestic cotton yarn is "thunder and heavy, and the raindrops are small." The actual increase is only 200-300 yuan / ton, but the industry believes that due to the downstream weaving factory, garment factory mostly delayed this year after the start of the first lunar month, the current inquiry The price and the willingness to receive goods are not strong, and the main subject of the increase in prices is the traders who fetched the goods before the Spring Festival. The cotton textile manufacturers are more cautious to follow up, so whether the price of yarn can be really â€œcompactedâ€ depends on the export of downstream products in the middle and early March. In addition to the domestic and foreign sales orders, the state has put off storage and import quota policies as well as the funding status of cotton-using companies. A Shandong trading company stated that in the middle or late January, the company had 400 tons of Indian cotton C32S cotton yarn arrived in Hong Kong, the cost price to the warehouse was 24,200-24,300 yuan / ton, on the 18th and 19th, the customer had quoted 24,700 yuan / ton, but its shot The bottom line is 25,000 yuan / ton.

Some companies analyzed the rising factors of cotton yarn as follows: First, the price of Indian cotton continued to increase from late January to mid-February, and the price of its domestic S-6 reached a high of 83.80 US cents/lb for the past five months on February 18. In Pakistan, due to slow purchases, lack of circulation of lint cotton, the price of cotton remained high, and the price of cotton yarn for export was raised. The second reason was that most of the domestic small and medium-sized cotton spinning mills had â€œearly holiday before the holiday and started after the holidayâ€, not only spinning The yarn mill's finished product inventory declined significantly. The downstream weaving and weaving mills and garment factories also had low raw material storage. After the holiday, they only experienced inertia. Third, ICE rebounded to more than 84 on the 19th under the lead of commodity products. The trend of long positions is obvious. The rise of cotton has pushed cotton spinning mills and traders to increase sales expectations. Fourth, the situation of post-holiday spinning mills is better than before the holiday, coupled with traders' "frustrations" and artificial and oil prices. Other expenditures are rising. It is also reasonable to raise the scope of cotton yarn.

100% Cotton Denim is a Denim, with 100% cotton, and the general fabric is different from its deodorant, breathable, comfortable, etc.,
The advantages of  100% Cotton Denim
1. It's very usually used to make ladies' garment,dress,T-shirt and sportswear,because of its soft comfortable handfeel ,good color fastness andstretch.
2. We can and will control our fabric quality with mature technology, and also provid our service with much sincerity.
3. Free samples offered from all of our designs and available colors,pls chose on our website or write to us for sending more design pictures to you.